Investors and partnering conference showcasing technology innovations in Health, Robotics, Automation, and Cybersecurity from the U.S. and Bavaria, Germany

Thank you to everyone who joined us for our 10th annual OktoberINVESTfest in 2022! See you next year in Boston!

Grow your network in Germany and the US

Get noticed and connect with investors, founders, and thought leaders

Apply To Attend Apply To Present

The OktoberINVESTfest fosters innovation and transatlantic investment by introducing financiers to a select group of high-quality investment opportunities from the U.S. and Bavaria, Germany. This year’s event will focus on HealthTech, MedTech, and BioTech.

Join us for a round table discussion with thought leaders from health tech hubs in the USA and Germany focusing on both drivers and financing of innovation in health technologies especially considering the impact of  Internationalization, AI in everything, robotics, Data Sharing, pandemics, demographics and beyond!

Learn from Top Investors
and Companies

Round Table: Moderator Antonio Sanchez-Cordero is joined by Markus Blume, Bavarian Minister of Science and the Arts & Professor Sami Haddadin, Acting Director of the Munich Institute of Robotics and Machine Intelligence, and David Tswamuno, Managing Partner of Fairbridge Park 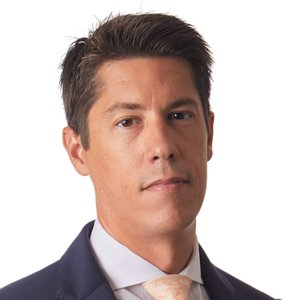 Antonio Sanchez-Cordero is the Vice President, Strategy & Business Development (M&A) for Thermo Fisher Scientific’s multi-billion dollar global Diagnostics group (NYSE:TMO). Antonio is a versatile global executive with more than 15 years of experience in the healthcare and technology industry, leading mid-to-large size multinationals in the areas of business development, strategy and M&A. Formerly, Antonio was Worldwide Vice President of Business Development and Strategy at Becton Dickinson (NYSE: BDX), Senior Vice President, Corporate Strategy, Business Development and Licensing at PDI Inc, a global leader in the infection prevention market, and Vice President, Corporate Development & Strategy at Werfen, a privately-owned, global diagnostics company. Mr. Sanchez-Cordero has also experience as an investor, having spent a portion of his career with healthcare-focused private equity funds like Ampersand Capital and Accelmed, as an Operating Partner.

Overall, Antonio is experienced at leveraging inorganic growth to build sustainable businesses in healthcare while further developing the strategy, capabilities and the innovation pipeline of an organization. Mr. Sanchez-Cordero completed an MBA from ESADE Business School and University of Michigan, and has received a Bachelor’s degree in Law from Pompeu Fabra University (Barcelona, Spain). He regularly participates as a speaker and a panelist in global conferences in the fields of strategy, innovation and corporate development. 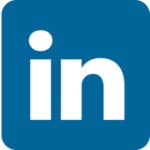 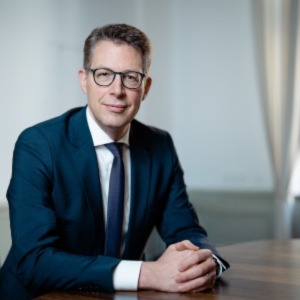 Markus Blume is the Bavarian State Minister of Science and the Arts, as well as an active member of the Bavarian State parliament. He has been a constant driver for modernization, as well as the implementation of new technologies, entrepreneurship, and innovation. Markus Blume’s political career started in 2008 when he first became a member of the parliament and has since evolved with a focus on topics like economic and media affairs, energy, transportation, the intersection of life science and technology, and being part of an Energy and Technology Committee on Health and Care. He was appointed Secretary General of the CSU party in 2018, before serving as the Bavarian State Minister of Science and the Arts since 2022. Before his political career, between 1994 – 1998, Markus Blume attended the Ludwig Maximilian University (LMU) in Munich to study physics, and the Bavarian School of Public Policy for studies in political science. Also part of Markus Blume’s successful career has been being the founder and CEO of a mid-sized Bavarian company. 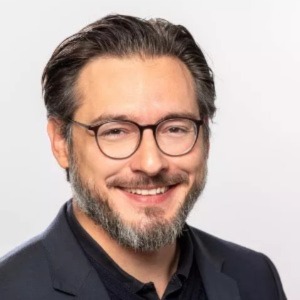 Professor Sami Haddadin is the Acting Director of the Munich Institute of Robotics and Machine Intelligence (MIRMI) at the Technical University of Munich (TUM) where researchers are developing intelligent machines that can assist humans, not replace them. He holds the Chair of Robotics and Systems Intelligence at TUM, under which the Geriatronics User and Research Centre in Garmisch-Partenkirchen, is developing intelligent assistance robotics systems for the elderly.  His research interests include robotics, machine learning, non-linear control, and human motor intelligence.

From 2014 to 2018, Sami Haddadin was Full Professor and Director of the Institute of Automatic Control at Gottfried Wilhelm Leibniz Universität Hannover, Germany. Prior to that, he held various positions as a research associate at the German Aerospace Center (DLR). He received degrees in Electrical Engineering, Computer Science, and Technology Management from the Technical University of Munich and the Ludwig-Maximilians-Universität München. He received his doctorate with high distinction from RWTH Aachen. He has published more than 200 scientific articles. He has been honored with numerous prestigious awards and prizes for his scientific work. His patent on “Tactile Robots” is listed as the most recent addition to the “Milestone made in Germany” (DPMA) collection. 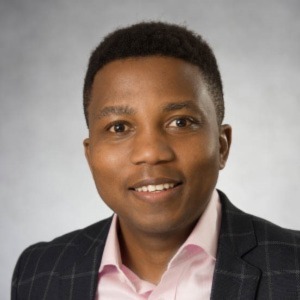 David Tswamuno is Managing Partner of Fairbridge Park, a venture capital firm focused on solving meaningful problems in economic health, digital health, healthcare and the environment. He is a mentor to startups at various accelerators. Most recently, David was Partner at Emil Capital Partners where he sourced and managed many of the firm’s investments. David started his career at Credit Suisse in Investment Banking and then as part of a Special Opportunities Fund. David received a Bachelor’s degree from Middlebury College and an MBA from the Stanford Graduate School of Business. David is an active volunteer with local community organizations in New York. He supports causes in education and the performing arts and enjoys long distance running, writing, and mentoring early career professionals. 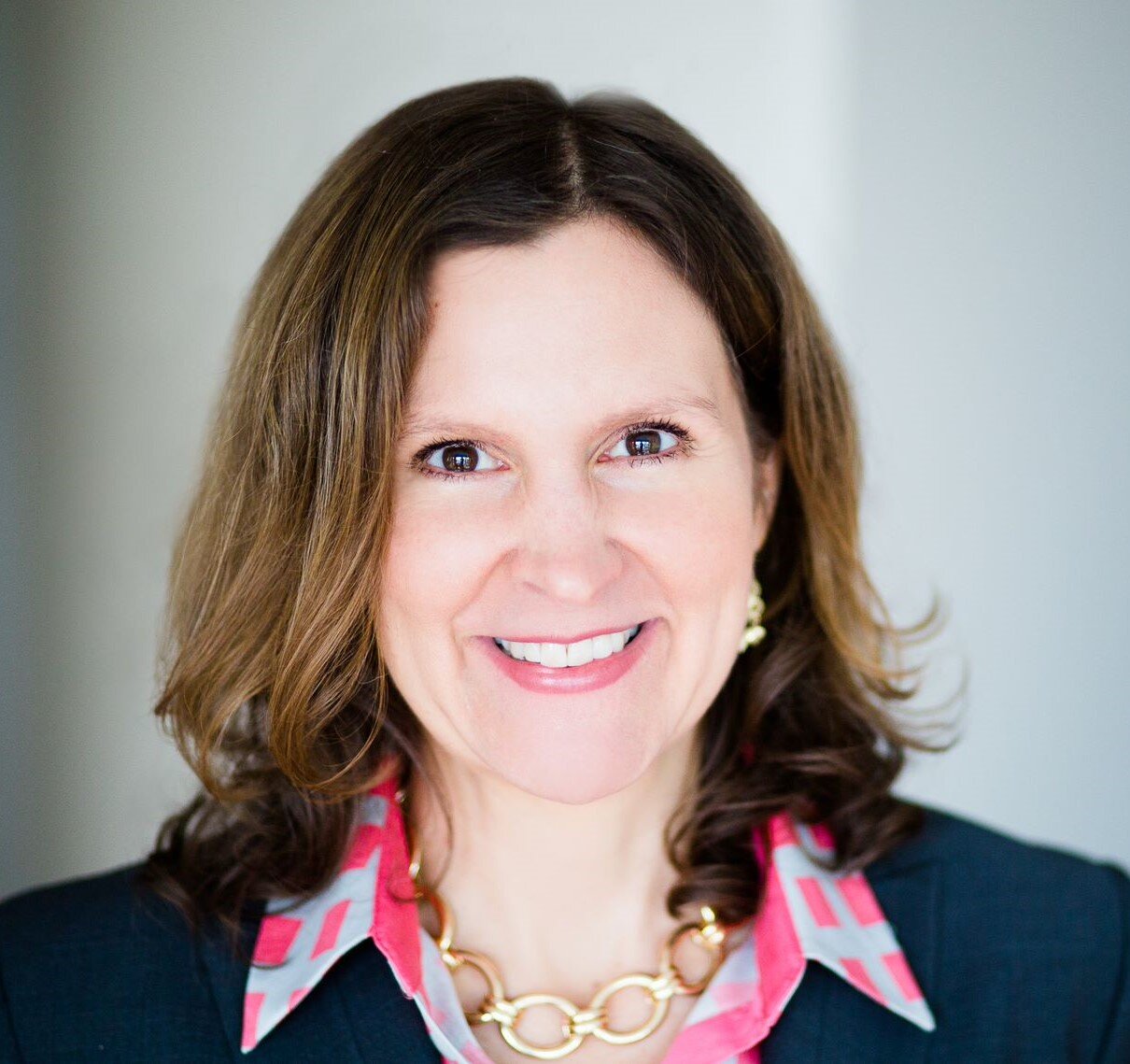 Why You Should Attend

YOU are an investor or company

Looking to discover innovative US and Bavarian HealthTech startups & expand your reach and networks in the US and Germany.

YOU are an innovative growth-stage startup 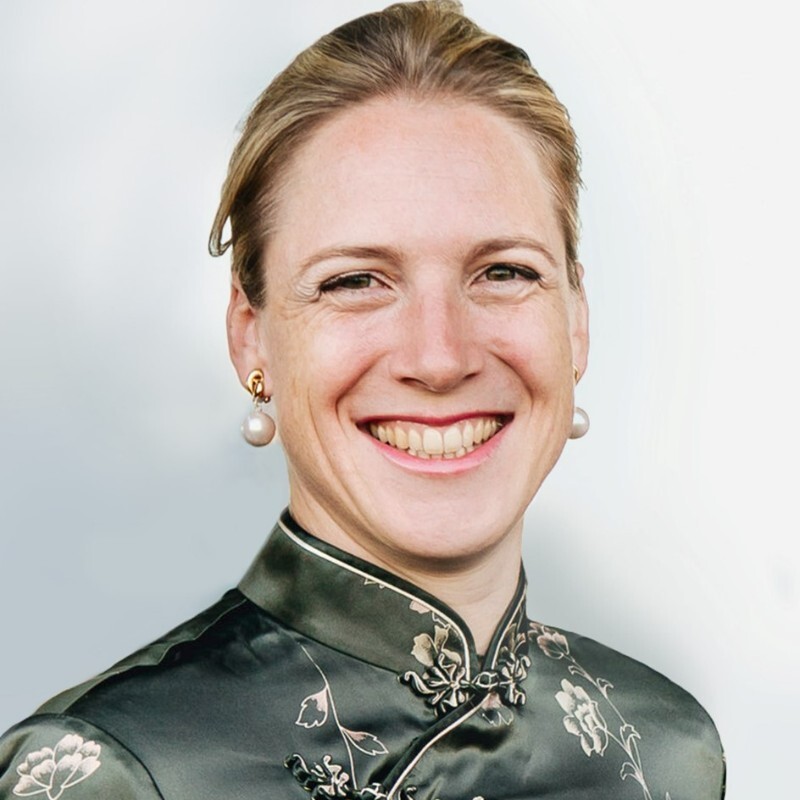 ADVITOS it as certified medtec scaleup with currently 70 employees covering all aspects necessary to further develop and to market our novel 4-in-1 organ support device ADVOS. ADVOS has CE-mark and is currently marketed in Germany & Austria. 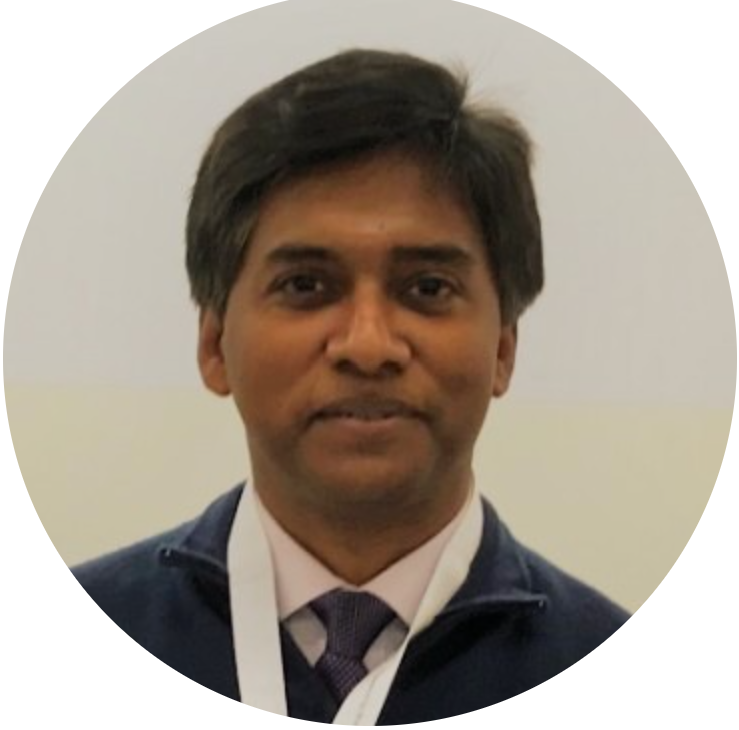 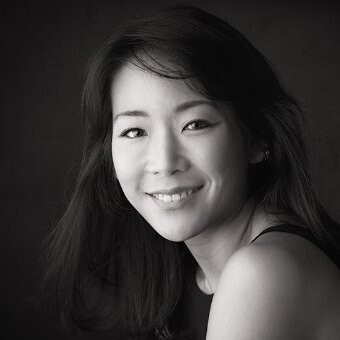 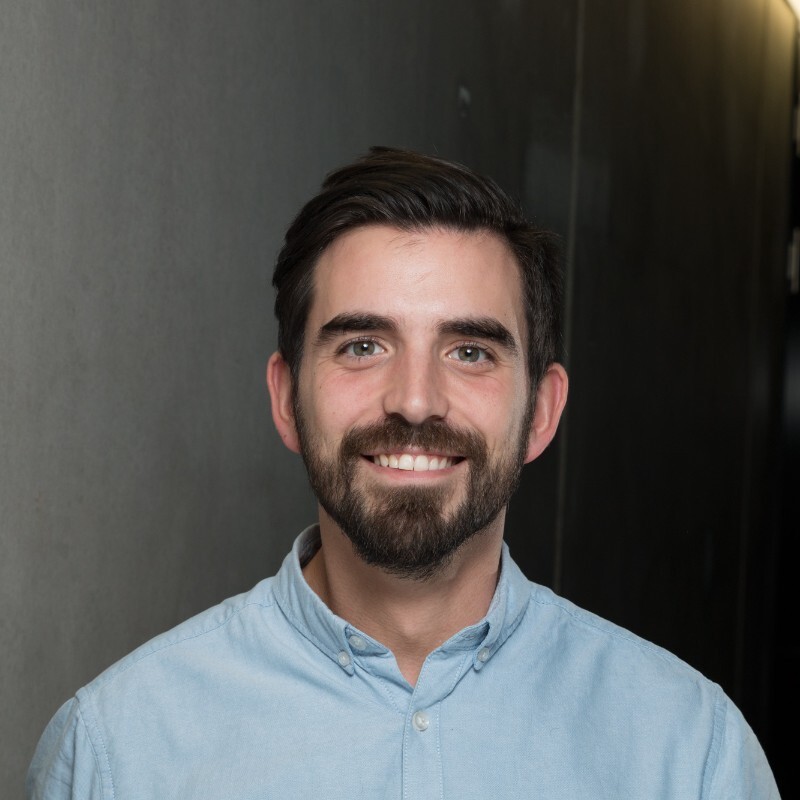 The Munevo GmbH team created Munevo DRIVE to provide an intuitive, comfortable electric wheelchair operation option for people with significant mobility impairments. Our mission is to empower people! Smartglasses transmit the user's head movements into digital signals, which enables them to operate their electric wheelchair hands-free. munevo DRIVE is compatible with various add-ons such as mobile devices, a robotic arm and smart home systems.

SurgiBox is a medical device venture reinventing the paradigm of surgical infrastructure. Our flagship product is SurgiField, an ultraportable operating room that fits in a backpack. It offers protection by reducing exposure of surgeons to patient bodily fluids and protecting patients from the surrounding environment. Within hospitals our solution increases operational throughput and decreases cost, and it provides sterility where there is no surgical facility.

The new quality standard in preanalytics. S4DX provides solutions to every stage of the pre-analytics cycle. Fully adaptable and customizable, used individually, in combination or integrated, our range of products bring excellence to the different operations in the diagnostics scope.

Qodeo matches 7,000 VC & PE firms with 19k diverse entrepreneurs on our platform. Now focused on growth/customer acquisition of our freemium service. From just $10 per month. Qodeo is like dating, but for funding! Qodeo’s aim is to democratize venture (trademark filed at USPTO).

Qidni Labs is developing the world's most accessible and sustainable dialysis technology. Qidni's waterless and portable dialysis technology will be an option for up to 10 million patients with kidney failure who currently do not have access to dialysis and will also make dialysis super accessible for the other 3.5 million patients already on dialysis. At the same time we save hundreds of liters of water per session of dialysis.

Virtonomy has created the first web platform for use by medical device developers that utilizes digital patient twins and simulation for performing data-driven clinical trials, thereby shortening time-to-market and reducing costs by up to 50%.

We are here for you locally, worldwide.


Are you looking to expand your company to Europe? We provide you with all the important information, valuable contacts and customized support for your expansion project. Our cross cultural teams in the U.S. and Bavaria, Germany look forward to helping you. Our services are always cost free and confidential. 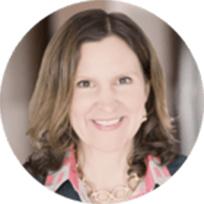 Bavarian US Offices for
Economic Development 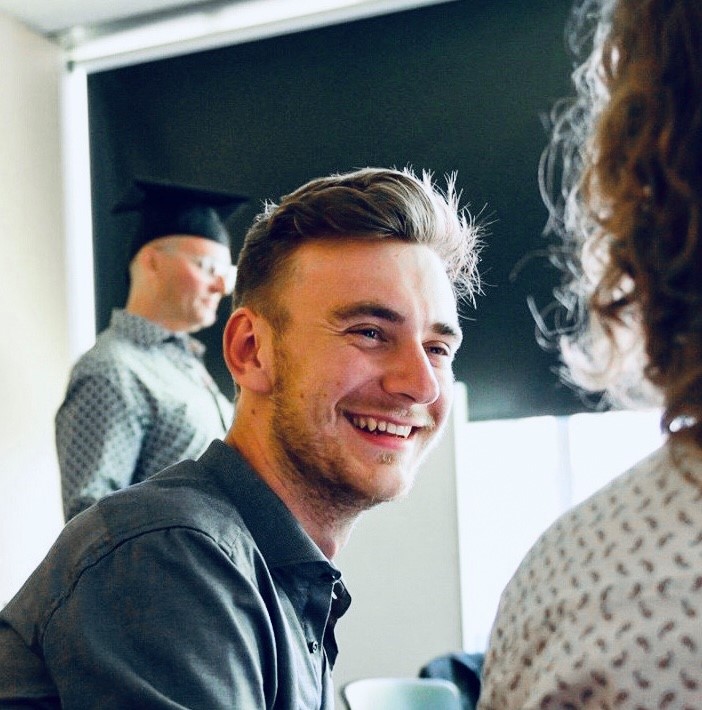 Bavarian US Offices for
Economic Development

OktoberINVESTfest is hosted by Invest in Bavaria, the investment promotion agency of Germany’s largest, most innovative state – Bavaria. Bavaria is a top-tier region in Europe and the center of German innovation. It’s capital Munich, as rated by the European Commission, is Europe’s #1 tech hub!

The Bavarian U.S. Offices for Economic Development are the U.S. representative offices for Invest in Bavaria, a division of the German State of Bavaria’s Ministry of Economic Affairs. We assist companies worldwide in expanding to Germany’s economic powerhouse, the State of Bavaria and vice-versa. With cross cultural teams in New York and San Francisco, we are part of Invest in Bavaria’s 25 offices around the world. 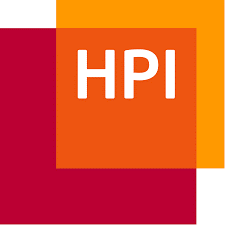 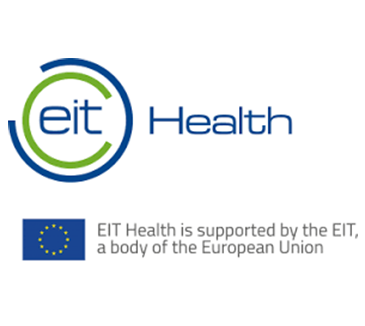 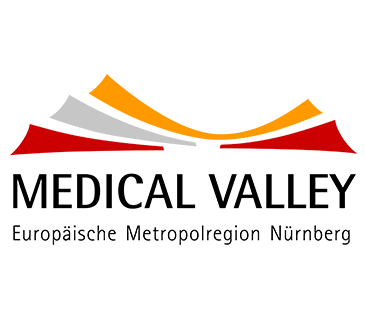 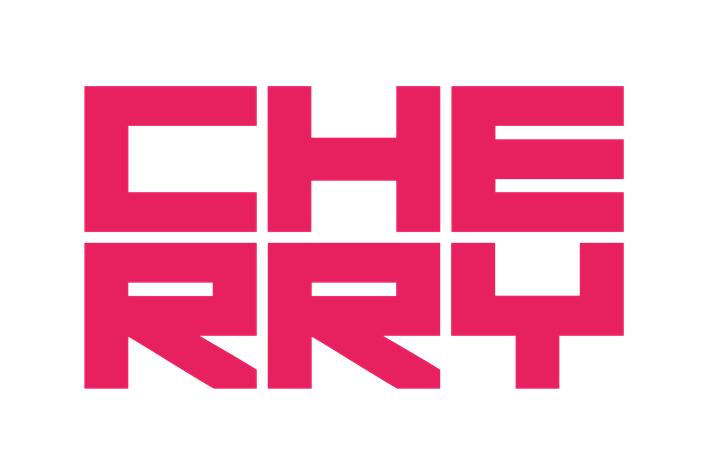 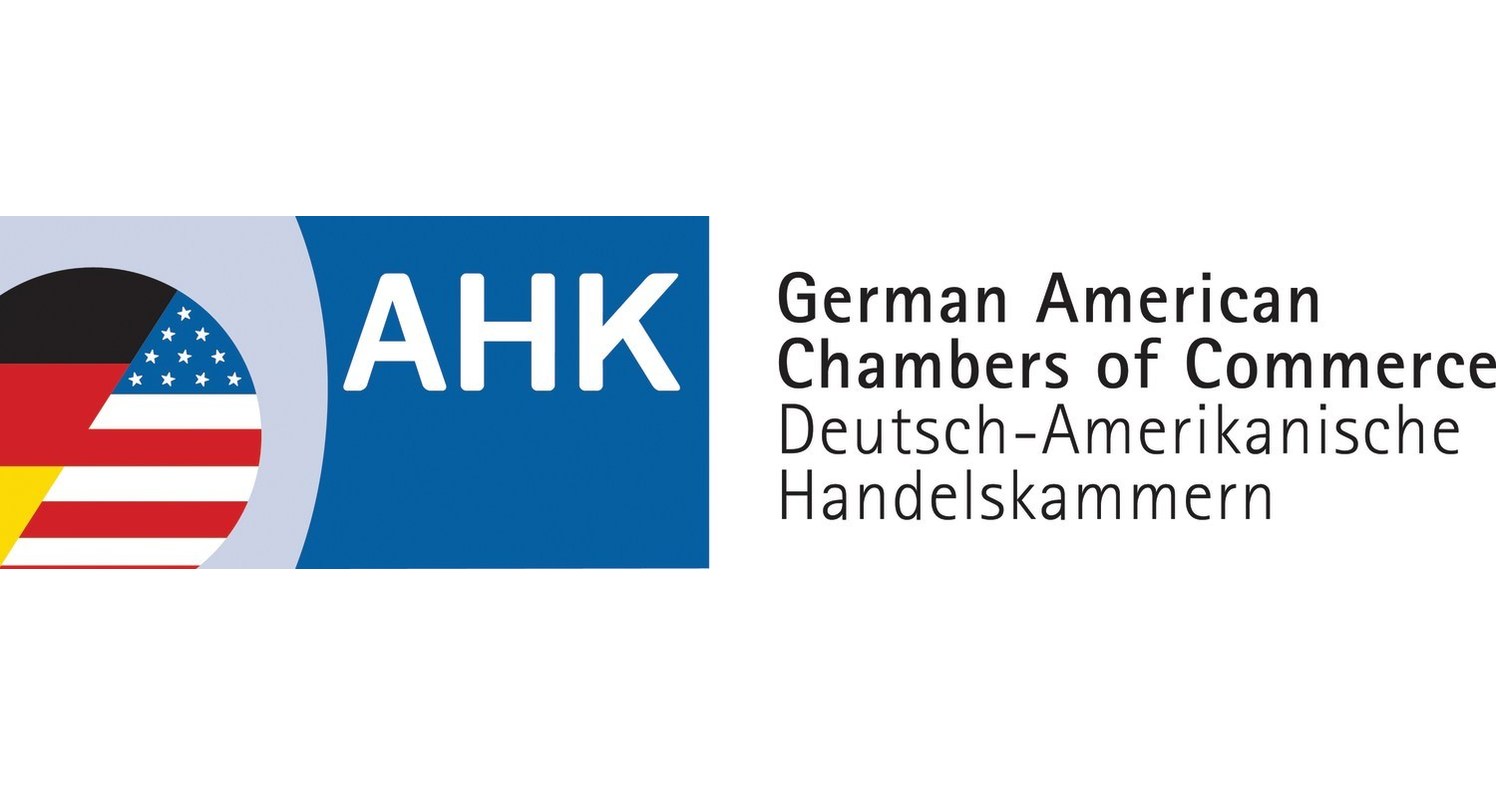 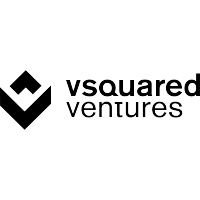 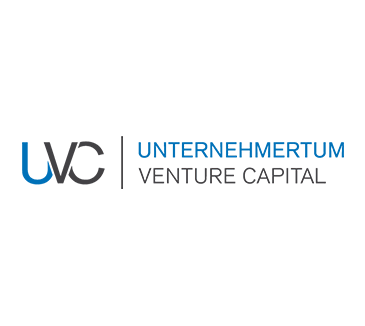 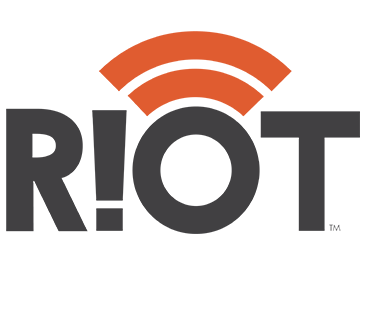 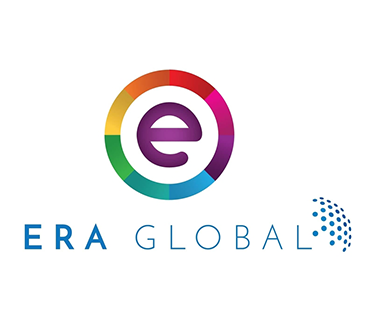 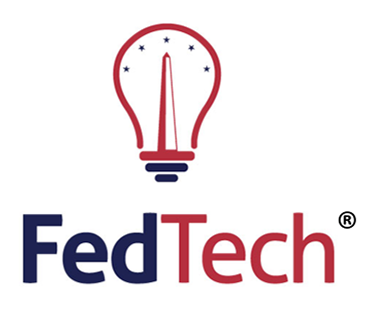 Feel Free To Drop Us A Line

What Are You Waiting For?

Apply To Attend Apply To Present